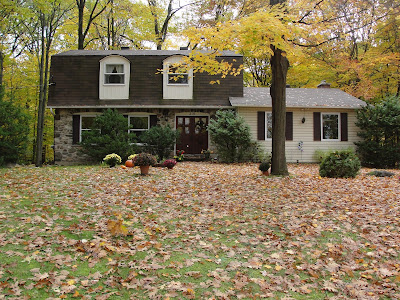 Back in my old home.

It's been quite a journey.

After my dear hubby passed away in 2010, I waited the requisite year and sold our home.  It was just too much for me to look after on my own. As well,  I wanted to live closer to my children, so thought a move would be a good plan.

It was not.  Oh I learned a lot - good things and bad.

The good was I learned to stand strong on my own two feet; to weather life's storms.  Not always easy, but you quickly figure out it's either sink or swim.  Packing up 3 houses (well 1 condo and 2 houses) to move is not for the faint of heart, but I learned to keep going - to sort, to pack, to clean and keep looking forward.

I learned a lot about renovations.  Not my idea of fun, but totally necessary if you choose to be a homeowner. "My choice", I kept reminding myself as I went from one home to another.  I did not want to fall down that slippery slope of depression or get caught in a trap of feeling sorry for myself.


The bad was that I felt in a constant state of upheaval. I had to "let go" of a lot of possessions. House stuff did not fit condo stuff.  Condo stuff did not fit house stuff.
Initially, I thought that by changing furniture, homes, etc. my grief would mysteriously disappear.
Well guess what?  It doesn't work that way (gee, ya think?).
I thought a fresh start would do me good. But all I longed for was my old home.

I was not happy living in the condo.

The good was that my living room window faced the lake - a rich and beautiful spot! Early mornings I'd sit with my coffee and watch as kayakers skimmed the waves, arms weaving figure-eights with each strong stroke.  The gentle presence of geese gliding over the water or ducks bobbing and paddling soothed my soul. 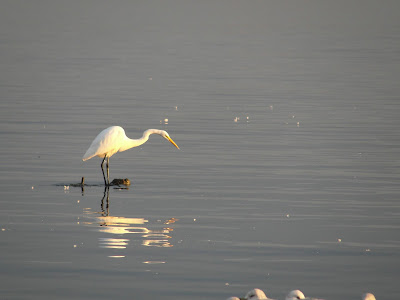 Herons became fascinating subjects as I learned to capture their long legs, their stillness, (and if I was lucky) a fish spearing moment - all with my video camera.  I watched in awe as a huge flock of ducks swirled around and around before coming in for a landing on the lake's surface.  Never had I seen that before.

Nor had I seen a beaver up close - they really do have huge rather frightening-looking front teeth. Or a fox slinking along the riverbank as if hugging the shore for protection. Funny, I thought foxes only lived in the woods.

The bad was not liking condo living - at all.

So when my lease was up, I moved.  Into a house, closer to my old one.  I was not happy in that house either.  The neighbourhood was very different.  Oh there were good things and bad.

The good - I was back in the country.  I took many pictures of ducks and geese on the pond near my house. There were farms close by and I took the opportunity of snapping lots of horses and a big fat pig. I walked miles and miles and miles. 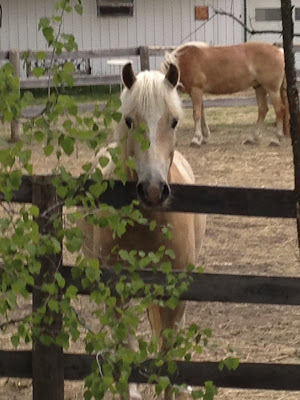 The bad - I was still missing my old house.  I missed the bay window in my sunny south-facing kitchen, where David and I would watch chickadees in the hedge or hummingbirds at the feeder. I missed the space - lots of space to turn around, to breathe, to wander from room to room and just absorb the good feelings in our home. 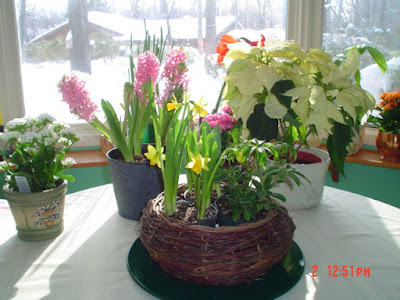 I missed the neighbours - people I had known for years.  People who smiled and waved and shared coffee and stories and garden tools. My next door neighbour had caulked my shower stall and done minor repairs to make my house presentable before I put it on the market.  I had locked myself out one afternoon, and Mr. Neighbour obligingly hoisted a ladder to an upstairs window, where he could clamber up into my house and unlock the front door.  Was my face red! But it didn't really matter. Neighbours help each other out. I left a basket of freshly baked butter tarts on their front porch the next day, as a thank-you.

This new house did not feel right - at all. I felt like I didn't belong here. The former owners were very neglectful of their home - and it became more and more evident as I tackled each renovation (and spent a lot more money that I had planned).

So after 2 years in that house I decided to do something about it.  I still was not happy - it did not feel right and I didn't think it ever would.

My old home had been on the market for the past year or more.  Could I?  Could I move back?  But wouldn't that be moving backwards in life?  Rather than moving ahead? And how much more money would I lose by buying, renovating and selling?  Land transfer taxes and notary fees? Moving costs and selling agent's fees? Was I crazy?

I argued, I flip-flopped. Go back to something safe and cozy?  Or forge ahead into something else?

Finally, I knew I had to stop vacillating. I had to at least have a look at my old home before coming to a decision. What if it was so different that I hated it?  What if it felt weird? Smelled weird? Had bad vibes or something?  Or maybe I'd fall in love with it once again.

I called a real estate agent to book a visit.

At first I was hesitant.  The "new owners" had made changes I didn't like.  Well, it was their house - they could do what they wanted. Walls were painted blah colours, light fixtures were changed.  My beloved rose and green tiffany lamp (overhead in the kitchen) was gone!  My lovely sage curtains in the family room, sheers in the dining room, and forest green panels in the living room were all gone - replaced by boring wooden blinds.  Yuk!  If they didn't want them, then why didn't they tell me?  I'd have taken them with me.

But Life has other ideas and we move on.

I stepped out into the back yard.  Where was the cedar hedge? The one surrounding our deck that chickadees used as their playground? They'd taken it down - completely!  Yikes!  Then I looked up into the branches of  Grandfather Oak - way up.  What happened to his branches? They were trimmed beyond repair.  Quickly I turned to look for Lady.  They wouldn't erase her elegant branches, would they?  Yup. She didn't even look the same.  Those graceful leafy fingers that kept us cool by stirring the breezes on hot summer days were mere stumps. Slashed down to the trunk.

I was crushed. How could I even consider moving back here? Everything was so different. Well, not everything.

One month later, I moved back Home - where I belong. 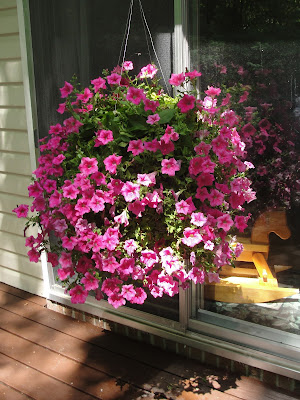 Making the most of an oil change

My car was at the dealership for an oil change and tire rotation. Not wanting to waste a beautiful day by waiting inside the grungy old garage, I set out to walk the old section of Lachine.  I crossed over a rickety wooden bridge spanning the Canal, traipsed through a bike path, and on to a grassy area lined with trees.