"What does the sky look like?" he asked as I walked into the kitchen.
I gave him a smile and turned around to plop our coffee down on the counter.

"Oh, a little cloudy, some patches of blue."

I was glad that my back was turned, as in truth I hadn't really noticed. Why did he ask me this question?

Logically it was probably because he hadn't ventured out of the house in the past 2 or 3 years. Or maybe he just wanted to know if we would be able to enjoy our morning coffee on the deck, soaking up the early summer sunshine. Some days even in summer, it might be too cool, especially if the sky was overcast. Or too windy and he'd have trouble catching his breath.

More than likely, he just wanted to have some sense of the outside world. A world he had almost left behind.
Now, I'll never know.

Over the years David would make a comment like: "There's an east wind blowing." And I would look at him as if to say, "Who cares?"
Now I take more notice.


I think that being aware of the ebb and flow of one's natural environment is to feel connected, and David must have needed the strength of that connection.
Posted by Wendy at 1:10 PM 22 comments:

Does anybody know what this is? 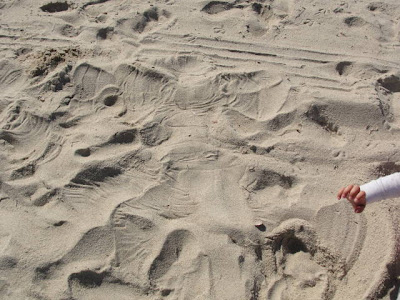 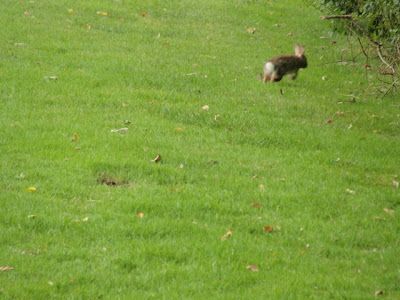 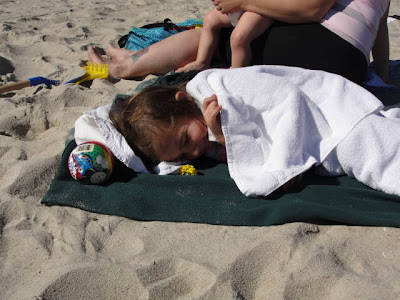 How about Nathan? Do you know what that thing in the sand is?
Nope, he's too busy playing with trucks. 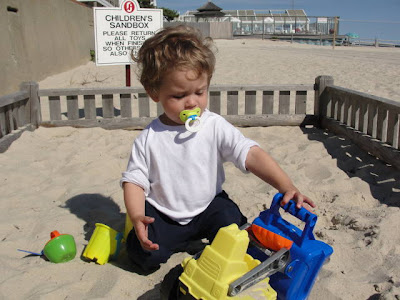 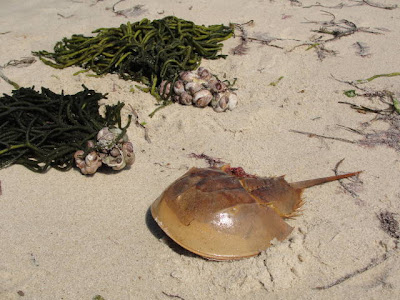 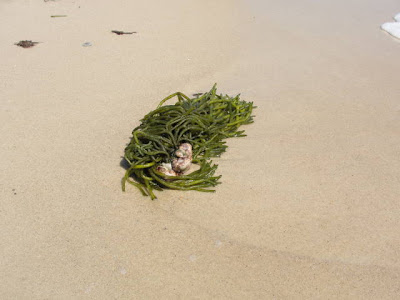 How about the little girl who made the sand picture?
Why it's a Sand Angel, of course. 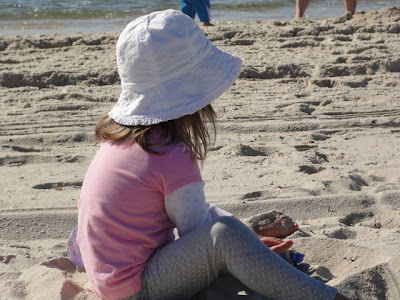 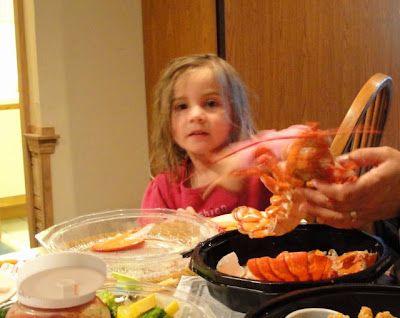 What are we going to do with it?
Eat it - it's for supper.
Nooooooooo!

What's wrong? Lobster is good. We only have this when we go to the ocean. It's a treat. 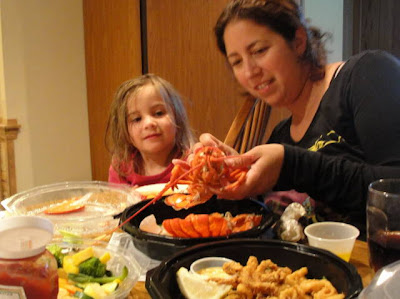 "Yes," said Mommy with a straight face. I couldn't help laughing out loud. How on earth could a cooked lobster be o.k., sitting on a dinner table in a pool of garlic butter, about to be devoured by a hungry family? Oh, the innocence of little ones.....