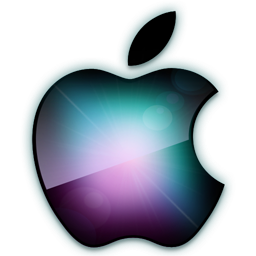 I don't usually post about things in the news, or about other people's writings, but this is well worth it. Food for thought, and perhaps a timely reminder to live life to its fullest.

A friend sent me an excerpt from Steve Jobs commencement speech at Stanford University in 2005. It's even more poignant now that he has retired due to illness.

Excerpts from his speech:
When I was 17, I read a quote that went something like: "If you live each day as if it was your last, someday you'll most certainly be right." It made an impression on me, and since then, for the past 33 years, I have looked in the mirror every morning and asked myself: "If today were the last day of my life, would I want to do what I am about to do today?" And whenever the answer has been "No" for too many days in a row, I know I need to change something.

Remembering that I'll be dead soon is the most important tool I've ever encountered to help me make the big choices in life. Because almost everything — all external expectations, all pride, all fear of embarrassment or failure - these things just fall away in the face of death, leaving only what is truly important. Remembering that you are going to die is the best way I know to avoid the trap of thinking you have something to lose. You are already naked. There is no reason not to follow your heart.

About a year ago I was diagnosed with cancer. I had a scan at 7:30 in the morning, and it clearly showed a tumor on my pancreas. I didn't even know what a pancreas was. The doctors told me this was almost certainly a type of cancer that is incurable, and that I should expect to live no longer than three to six months. My doctor advised me to go home and get my affairs in order, which is doctor's code for prepare to die. It means to try to tell your kids everything you thought you'd have the next 10 years to tell them in just a few months. It means to make sure everything is buttoned up so that it will be as easy as possible for your family. It means to say your goodbyes.
I lived with that diagnosis all day. Later that evening I had a biopsy, where they stuck an endoscope down my throat, through my stomach and into my intestines, put a needle into my pancreas and got a few cells from the tumor. I was sedated, but my wife, who was there, told me that when they viewed the cells under a microscope the doctors started crying because it turned out to be a very rare form of pancreatic cancer that is curable with surgery. I had the surgery and I'm fine now.

This was the closest I've been to facing death, and I hope it's the closest I get for a few more decades. Having lived through it, I can now say this to you with a bit more certainty than when death was a useful but purely intellectual concept:
No one wants to die. Even people who want to go to heaven don't want to die to get there. And yet death is the destination we all share. No one has ever escaped it. And that is as it should be, because Death is very likely the single best invention of Life. It is Life's change agent. It clears out the old to make way for the new. Right now the new is you, but someday not too long from now, you will gradually become the old and be cleared away. Sorry to be so dramatic, but it is quite true.

Your time is limited, so don't waste it living someone else's life. Don't be trapped by dogma — which is living with the results of other people's thinking. Don't let the noise of others' opinions drown out your own inner voice. And most important, have the courage to follow your heart and intuition. They somehow already know what you truly want to become.

Everything else is secondary.

When I was young, there was an amazing publication called The Whole Earth Catalog, which was one of the bibles of my generation. It was created by a fellow named Stewart Brand not far from here in Menlo Park, and he brought it to life with his poetic touch. This was in the late 1960's, before personal computers and desktop publishing, so it was all made with typewriters, scissors, and polaroid cameras. It was sort of like Google in paperback form, 35 years before Google came along: it was idealistic, and overflowing with neat tools and great notions.

Stewart and his team put out several issues of The Whole Earth Catalog, and then when it had run its course, they put out a final issue. It was the mid-1970s, and I was your age. On the back cover of their final issue was a photograph of an early morning country road, the kind you might find yourself hitchhiking on if you were so adventurous. Beneath it were the words: "Stay Hungry. Stay Foolish." It was their farewell message as they signed off. Stay Hungry. Stay Foolish. And I have always wished that for myself. And now, as you graduate to begin anew, I wish that for you.

Oh my, what a memory you have stirred up. I'd forgotten about the Whole Earth Catalog. Yes, I do remember now how I never missed an issue. Thank you...and thank you for this inspirational post.
Mary

There was plenty of food for thought there!

As I have outwitted death once and am hoping to postpone it again....... it seemed a relevant post for me to read.

I think it is good advice about asking yourself if you were going to die today, then would you still be doing the things that you have done.... so far.
I think a lot of it has to do with state of mind rather than actually what you are doing because sometimes the smallest things can make you happy.
Maggie X

Thank you for sharing that.

Without details (it is very private) I have looked death in the face, so has Mr P.
Life throws things at us.....it is not about what happens but how we deal with them that is important.

Live each day as though it is your last is simplistic....sometimes it is hard to do that when obstacles get in the way. I do live for the moment and that works for me :)

I'd forgotten the Whole Earth Catalog, I loved it. It came out in the middle of our having children, growing some of our own food, making homemade baby food, living simply and with a great deal of joy. Wish they'd re-issue it.

Jobs is an amazing person.

Awesome, Wendy... Steve Jobs has done more for technology in this country than anyone else I think. He built Apple (without government help or involvement) into the richest company in America. He's amazing. There's just nobody better.

I was sick to hear when he got cancer. Since he resigned recently, the cancer must be winning.. That is so sad...

Such a great example of how wonderful capitalism can be in our country --when a company grows and does well without lobbyists, politician-help, political money, etc.

This guy is truly a hero.
Hugs,
Betsy

Food for thought indeed.
And it's true, we'll never get out of this world alive. Some of us stay longer than others, that's all.
Steve Jobs has changed the world we live in, that's for sure.
And this weekend we are celebrating the life of another man who changed the way things are done, Jack Layton.
Some people get "cleared away" far too soon.

This is well worth posting, Wendy; such a thought-provoking commentary and wise words to remember. I think the most important thing to remember is not so much what we are doing, but how we do it or how we act. I hope that when my time comes that the last thing people remember about me is a kind word I said or that I had a smile on my face, not that I was unkind or ignored them. The theme reminds me of an Alan Jackson song, "Live Like You Were Dying."

The speech "Have the courage to follow your heart and intuition." and "Stay hungry,Stay Foolish." give impression to not only young people but also us. These release me and make me have confidence.
Intuition of Steve Jobs is marvelous. One of my friends enjoys reading books by iPad. So one day printed books may disappear.But I can't follow....
Have a great weekend.
Sarah.

It's a wonderful speech and I'm glad that you shared it. I hope that he still has more time on this earth. He's given us a lot to appreciate.

Found you at Mary's.....what a wonderful post you have shared with us today.....thank you.

I get the stay hungry but I guess I am just to dense to get the stay foolish part - I hope I am less foolish today than I was at 17.
I think your post has several bits of wisdom - good one.

Wise words, and a concept I've tried to live by most of my life. To die without regrets would surely be a great gift.

(And I've still got a few issues of The Whole Earth Catalog packed away in my basement.)

This is a powerful message and sums up how we should all be every day. Glad to have been able to
be reminde. THANKS Wendy.

Morning Glories in Round Rock said...

Thank you for such a thought provoking post. I think we get so caught up in the minutiae of daily life we forget what it's all about...why we are here. I agree with Rose--I want to be remembered for the kind things I have said and done, and sometimes I need a reminder that life is about more than laundry and grocery lists. It took you and Steve Jobs to make me stop and reassess where I am!

I was very torn when news of his stepping down came out. Because of the nature of my work - tech journalist - I ended up writing about it, and I was interviewed by other journalists to explain what it meant to the company, the industry, and the rest of us.

I pray he gets better. Visionaries like him come along once in a generation, and I don't know who's waiting in the wings. The world needs more like him.

That certainly gave me goosebumps.